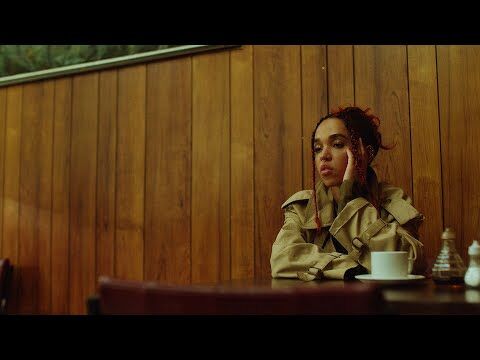 The accompanying music video and/or short film for "Sad Day" was released on August 28, 2020. The video, which is more than 6 minutes long, was called a short film and was directed by Hiro Murai. In a press statement, Twigs revealed that the video was the culmination of all of her training and dancing, and that she had undergone three years of wushu training. The video for ‘Sad Day’ was partially inspired by a lyric from another Magdalene single, "Home With You," in which Twigs sings, "never seen a hero like me in a sci-fi."

In a Pitchfork cover story, Twigs described the concept for the video as that of a "couple whose emotional conflict is represented by a spectacular wushu duel." The video sees Twigs duelling Teake, a dancer Twigs cast over social media, in swordfight around London. At the end of the video, Teake cuts Twigs in half in an apartment, but instead of flesh and blood, Murai stated that they wanted Twigs' insides to look "ethereal and otherworldly," resulting in something pink that bubbles and blooms inside Twigs' body.

The music video was well received. Twigs found praise for her swordsmanship and mastery of Wushu. Tom Breihan of Stereogum wrote, "FKA twigs has always made incredible music videos, and "sad day" ranks right up there with her best." Gregory Lawrence of Collider called the music video "surreal, inventive, and [a] psychologically exacting look at love, obsession, and ennui." and compared it to the works of David Lynch. In reference to the ending of the music video, Emily Lordi, writing for T: The New York Times Style Magazine, said, "the turn to the fantastic is signature Twigs."

Community content is available under CC-BY-SA unless otherwise noted.
Advertisement